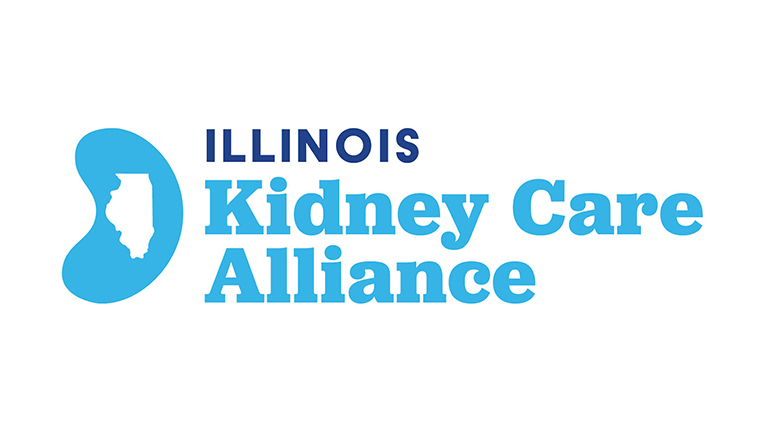 CHICAGO (August 25, 2020) – Underscoring the need for heightened awareness of kidney disease and its impact on those who suffer from it, the Illinois Kidney Care Alliance (IKCA) today announced that 17 new organizations have joined the Alliance since its founding in February. The coalition of health advocates and professionals, community and patient groups, providers and businesses from across Illinois now has 23 member groups in total.

The new members of IKCA are:

Since IKCA’s formation with six member groups, the COVID-19 pandemic has attacked Illinois and its health care system. The coronavirus presents unique challenges for some with the illness, including causing acute kidney injury resulting in more people having to rely on dialysis.

“Patients suffering from kidney failure have been under tremendous stress during this pandemic, and we want to do what we can to make sure they know they have people advocating for their health and safety,” said Teri Gurchiek of Fresenius Kidney Care. “While we are very happy with the way we have expanded the voice of this coalition, we want to make sure we represent people all across Illinois.”

“For individuals with kidney disease and for their families, access and affordability remain life-and-death issues,” Gurchiek added.

Added Esther Corpuz of Alivio Medical Center: “Now more than ever, we need to make sure Illinoisans understand the issues faced by people with chronic kidney disease. That is why we joined this coalition. Kidney patients and their families face significant challenges in their daily lives and need financial assistance and help with covering out-of-pocket costs, basic nutrition, and transportation.”

The coalition exists to raise awareness of the needs of people who suffer from End-Stage Renal Disease (ESRD), a condition also known as kidney failure. People whose kidneys no longer function properly have only two options for survival: Dialysis or a kidney transplant. In Illinois, more than 30,000 patients suffer from kidney failure.

Nationwide, more than 650,000 Americans suffer from kidney failure. Of these, about 70 percent are on life-sustaining dialysis, while the rest are able to survive with a functioning kidney transplant. The incidence rate of ESRD is expected to rise in the U.S. over the next decade and is higher among African Americans, Latinos and people of color than among whites.

Kidney disease in its early stages often has no symptoms and remains undetected until it has reached an advanced stage. For this reason, some call it a “silent disease.” It is responsible for the death of more people in the U.S. every year than breast or prostate cancer, according to the National Institute of Diabetes and Digestive and Kidney Diseases.